On May 17th we celebrate our independence day. After centuries of being under Danish and then Swedish rule, we declared our independence in 1814, but we did not become a free nation until 1905. 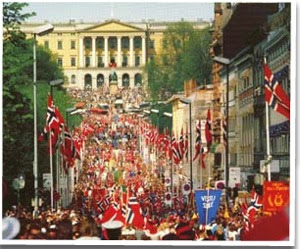 Today we celebrate this day with children's parades, brassbands and our naitional flag. Everyone dress up in their finest, those who own national costumes wear them on this day, it's a spectacular view of colours. This was first done in 1870. 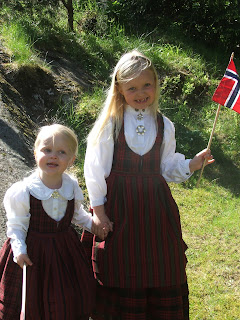 My children wore Rutastakk, which is from Valdres, where we have our cabin. They were made by their grandmother. 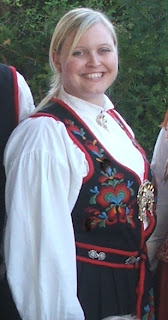 I sewed my costume in 1996. It's does not have a geographical origin, but is inspired by many of the traditional costumes we have and is called Norwegian Folkcostume 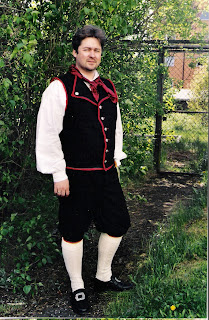 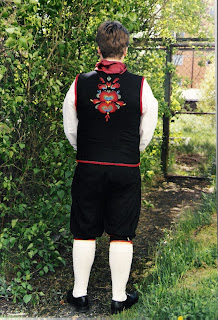 In 2004 I made this costume for my husband. This one does not exist at all, I made it to match mine. I had to make it from scratch with no instructions or pattern, only my own idea on how I wanted it to look. He has received lots of positive comments and compliments on its design. Many think it originated from Hallingdal, I take that as a big compliment.
Lagt inn av Tone Yvonne på 12:01

Tone Yvonne
I'm a daughter, sister, also a wife, a mum, who love books and my running shoes, I tend move the furniture around and take pictures of it, but above all, I make stuff - just for the fun of it ♥ ♥